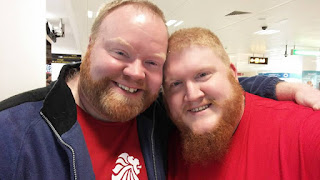 To say this week has been a blur would be an understatement.

First, I arrived at Gatwick Airport on Saturday 28 November, 2015. Customs was absolutely  fine to get through. In fact, the customs officer was positively pleasant and very happy for me. Then after a very very long wait going of a year and a half, I finally got to see my Richard.

Happiness wouldn't describe the feelings we were experiencing. 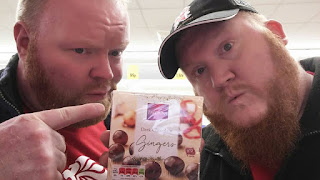 Richard and I decided to go and tour his old home and school neighborhoods and then we went shopping at Lidl... which in case you didn't know, is like an upper scale Aldi market. 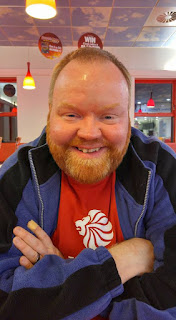 We then headed towards Arundel, which is where we would stay for the evening. We did eat at a Little Chef restaurant, which isn't that bad really and the rest of the evening is censored.

The next day was one that Richard and I were very nervous about... and that involved meeting his parents for the first time. They are positively delightful.

Monday started my exploring of the area... a bit. It was extremely windy to say the least. I was almost blown over a couple of times, but the walking around did wonders for me. I made it to the post office and I hung around for a short time. I didn't want to get in the way because they seemed very very busy. The one thing I still couldn't get used to were the cars driving on the left hand side of the road. It's still strange for me.

Tuesday started my official work at the post office, but not as a postal clerk. I was helping Richard's father run the front retail sales. Didn't take too much to get used to that. The register is a very basic one and the pricing is easy enough to get used to... but the ONE thing that was more difficult to get used to that anything was the amount of coinage that the Brits use. 2 pound, 1 pound, 50 pence, 20p, 10p, 5p, 2p and 1p coins. Once I got used to that, everything was sooo easy! Richard and I are getting along very well (we better) and we seem to have a great synergy working together. The people and customers at the post office and in general are very friendly on the south coast... a LOT like the people of the southern US states. 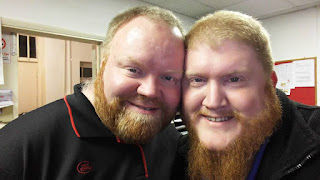 The next few weeks are going to be very busy at the post office. You know... there's this time of year called Christmas that makes a big deal out of sending things like greeting cards and packages a big deal... 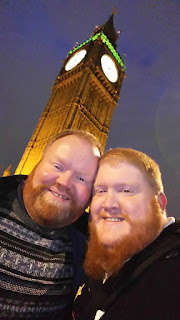 Saturday was a busy morning a the post office, but then it was time to go and visit my friend Ron who was in London for a few days. Richard and I embarked on a (my first) train ride into London where we arrived at Victoria Station and then took the tube to Westminster Station. We came out onto the surface and well... the sight was simply unforgettable. What many people think of as Big Ben... actually Elizabeth Tower (Big Ben is the big bell inside it). The wind was incredible! WOW!

Richard and I spent about 30 minutes there and then we were off to Harrods. I've never seen such garish and expensive things in my life. It was a super crowded maze of people!

After getting turned around a few times, Richard and I finally made it to Ron's hotel (we were pretty late) and then ate dinner at the Rose and Crown pub just around the corner. I had my first official fish and chips there (with mushy peas) and it was fantastic! Even Richard thought it was very very good!

We then managed to make it back home to Goring-by-sea as two very tired ginger bears.

So that's basically it! Life has officially begun for this Britton in Britain!

Oh yes... Happy Christmas to you! 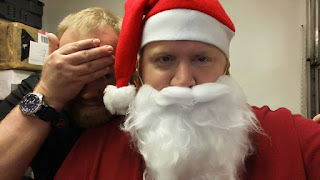